How White Collar Crimes Are Not Just for the Wealthy 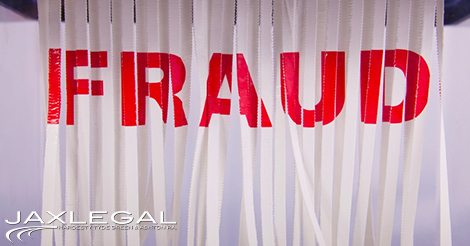 Television dramas and the media like to feature stories about white-collar crimes. Although TV writers and journalists tend to focus on so-called “falls from grace” involving high-asset and high-profile individuals who run into financial misconduct, the fact is that white-collar criminal charges can happen to anyone.

People from all financial backgrounds and all walks of life can be charged with a white-collar crime. In fact, the term “white-collar crime” is just a catch-all phrase for a variety of financial crimes that include forgery, credit card fraud, passing bad checks, embezzlement, and unemployment fraud.

White Collar Crimes Are on the Rise

According to the National White Collar Crime Center, white-collar crimes impact Americans more than all other types of crime combined. The organization conducted a 2010 study that found that one in four U.S. households were victims of white-collar crime within a one-year period.

Businesses and government entities are also affected by white-collar crime. For example, in September 2015, a federal district judge in Chicago sentenced a woman to 45 months in prison following her conviction for health care fraud that involved several co-conspirators and $4 million.

The woman and her colleagues were previously medical billers who sent Medicare bills for services physicians never performed; when Medicare paid the claims, the medical billers pocketed the extra funds.

The U.S. Chamber of Commerce reports that employees steal up to $40 billion from their employers, with about 75 percent of all employee theft crimes going unnoticed by employers.

Check out this site for more information on these reports.

When employers suspect that funds have been mishandled or that money is missing, they can be quick to point fingers without thoroughly investigating the facts. If you work in a position that gives you authority over an employer’s finances, then you might quickly find yourself caught up in allegations that compromise your livelihood and your reputation.

Proving your innocence can feel like an overwhelming burden. This is why it is crucial to work with a skilled Jacksonville white-collar crime lawyer as soon as you are accused of fraud, forgery, embezzlement, or any other financial crime.

You want to protect your good name and ensure your career options are not compromised. An experienced white-collar crime attorney can make sure the full facts of the case are brought to light.

If you have been charged with a white-collar crime, including embezzlement, identity theft, or another type of white-collar offense, then your entire reputation—and your career—are on the line. You might feel like your life will never be the same.

These types of cases make great headlines, and many people rush to make judgments about these types of cases. Unfortunately, the media does not always retract allegations once an individual has proved his or her innocence. If you are facing a white-collar charge, then you need a powerful ally on your side as soon as possible.

Visit here to get started with a white-collar crime attorney in Jacksonville right away.