Are Self-Driving Cars the Key to Fewer Accidents? 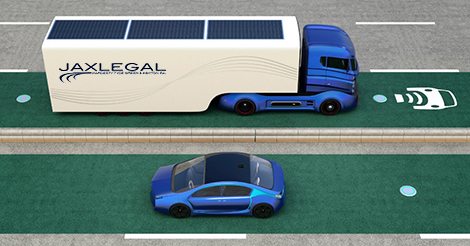 Self-driving cars have been popular in the news lately. The idea of zipping down the road in a fully automatic vehicle may sound like science fiction, but tech industry experts say we are quite close to autonomous vehicles being a reality.

As Jacksonville car accident lawyers, we are interested in technology that promotes fewer car accidents. As with any new technology, however, there are many questions surrounding so-called autonomous vehicles.

Are these cars really safe? More importantly, can they reduce the number of auto accidents on the roads?

Car Accidents Are a Leading Cause of Death

Any time you get behind the wheel, you are unfortunately at risk of being involved in a serious or fatal car accident. Statistics from the National Safety Council (NSC) reveal the dangers of driving.

According to the NSC, about 100 people die every day in car accidents; another 1,000 experience serious injuries.

In recent years, distracted driving has also contributed to a high number of traffic-related deaths and injuries. In 2013 alone, 27 percent of all car crashes involved mobile phone use.

Despite growing awareness of the dangers of texting and driving, cell phone use behind the wheel shows no sign of stopping. This has led several major companies in the auto and tech industries to explore self-driving cars as an alternative to the human-controlled vehicles we have lived with for more than a century.

Self-driving cars may seem like a great idea, but they are not without potential drawbacks.

Some possible problem areas include:

Bad weather might be one area in which humans perform more safely than self-driving cars. As one tech website points out, Google’s self-driving car has not been tested in heavy rain, let alone snow or ice.

As any experienced motorist knows, bad weather can test anyone’s driving skills. Mother Nature is unpredictable, which means drivers must often think and act quickly to avoid an accident.

Autonomous vehicles also raise serious legal issues, such as which party is responsible when an accident occurs? If you weren’t even driving when an accident took place, how do you determine who pays for any injuries or property damage?

Finally, self-driving cars rely on sophisticated technology to navigate the nation’s roads. If you have ever gotten lost in an unfamiliar area and found yourself on a back road in the middle of nowhere, you know firsthand how difficult it is to find your way back.

Getting lost can be incredibly frustrating and even dangerous. Most people feel moderately or severely distracted when they are trying to drive in a strange city.

Because autonomous vehicles depend on satellite mapping to move around, they are only as good as their satellite maps. So far, engineers have not figured out what happens when an area is poorly mapped or not mapped at all.

If you have been injured in an auto accident in Jacksonville, you need an experienced personal injury and car accident lawyer to steer you in the right direction.

Many people inadvertently make mistakes after an auto accident and end up hurting their chances of obtaining full and fair compensation for their injuries.

Call today to speak to a Jacksonville car accident lawyer about your case.