What You Should Know About Hospital Negligence

Hospital negligence refers to careless acts by a doctor, nurse or caregiver that causes damage to a patient. There are many kinds of acts that fall under this category, but one of the most common is misdiagnosis. 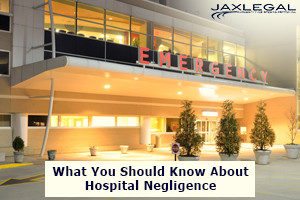 More than 12 million patients a year in the U.S. who are under outpatient care are misdiagnosed and, in 50 percent of those cases, patients suffer irreparable harm.

Common Types of Misdiagnosis That Result From Hospital Negligence

Hospital negligence, as it relates to misdiagnosis, often happens in emergency room situations – although that is not always the case.

Emergency rooms are a buzzing hub of constant activity and split-second decisions are necessary to keep patients alive.

In this environment, mistakes made through carelessness are often the most damaging.

Common types of misdiagnosis include:

Another example occurs when patients complain of constant and severe chest pain, and doctors misdiagnose it as acid-reflux instead of as a serious sign of an impending heart attack.

Negligence Is Not Acceptable

While not every misdiagnosis is the result of medical negligence, many are. The results of misdiagnosis can last a lifetime or even result in the end of a life because proper medical treatment is not provided when the disease can still be successfully treated.  If you or a family member have suffered injuries or death due to misdiagnosis, you are entitled to justice and fair compensation. The firm of Hardesty, Tyde, Green, Ashton & Clifton, P.A. has years of experience handling medical malpractice. Please call us today at 904-414-4906 for a free consultation.