In Florida, Driving Under the Influence (DUI) or Driving While Intoxicated (DWI) is a serious crime. DUI or DWI involves operating a vehicle while under the influence of alcoholic beverages, certain chemical substances or any controlled substance. 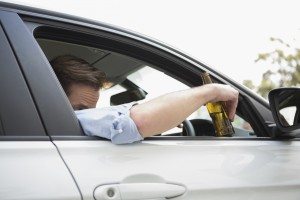 Looking for a DUI lawyer Jacksonville FL residents depend on? Look no further than the expert team at Jax Legal. Usually, a DUI case begins by a police officer observing a driving pattern which leads them to pull you over.

Some examples of driving patterns the police look for include:

If the police stop a car without sufficient cause, then this is illegal, and there may be grounds to suppress the stop. A suppressed stop may cause the State to drop the DUI case. Once the police pull over a driver suspected of DUI/DWI, they will then look for any signs or indications of impairment such as:

A combination of these indicators may lead an officer to request a field sobriety test. The field sobriety test is designed to make you split your attention between more than one task so that the officer can observe your physical and mental abilities.

For example, the officer may ask you to close your eyes, tilt your head back, and recite the alphabet. The officer is not only concerned with whether you can say the alphabet but will also pay attention to your actions, such as whether you sway, lose balance, and so on.

Whether or not you choose to take the field sobriety test, the officer may arrest you if he or she believes he or she has probable cause to make the arrest. After arrest, you are taken to jail and a breathalyzer test will be performed.

The test operator will note whether you smell of alcohol, your physical appearance, ability to follow instructions, etc. They must inform you of your implied consent rights. If you drive in Florida, you have given your implied consent to a blood or breath test if requested to do so.

If you refuse to participate in a blood or breath test, then your license will be suspended for up to one year for the first refusal, and 18 months for the second. A second refusal can also be charged as a separate crime by the State.

Additionally, the State will be allowed to argue to a jury in court that the reason you refused is that you knew you would fail the test. If you’ve been in a situation like this then call a Jacksonville DUI lawyer at the Jax Legal law firm today at 904-414-4906.

What Are the Penalties?

Our Jacksonville DUI attorney knows all of the penalties for intoxicated driving crimes and can provide you with the proper legal representation you need. The penalties for a first DUI/DWI are a fine between $500.00 to $1,000.00, plus court costs. For a person whose blood or breath alcohol level is .15 or higher or accompanied in the vehicle by a person under the age of 18 years the fine is increased to $1,000.00 to $2,000.00, plus all mandatory fees and court costs. Additionally, the following penalties may also apply:

If you have been charged with a DUI contact a DUI Attorney Jacksonville FL locals depend on immediately for help. DUI/DWI cases can be confusing. We are often able to help lessen the impact of driving under the influence (DUI) for many people. We recognize that each case is unique and that a “cookie-cutter” approach is not in your best interest.

A good DUI Attorney can help determine whether police followed proper procedures when they asked you to take a DUI/DWI test.

Our Jacksonville drunk driving lawyer can also argue the validity of your test results and determine whether any of your constitutional rights were violated during your DUI/DWI arrest. They may even be able to get your DUI/DWI charges dismissed against you.

Contact our top DUI and DWI attorney Jacksonville Floridians have trusted for years. Our law firm has 2 locations in Jacksonville and we can be reached at 904-414-4906. We look forward to helping you with your case today!