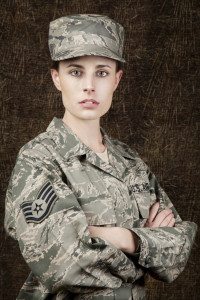 Any type of arrest or criminal charge can leave a person frightened. When you are charged with a crime while serving in the armed forces, even a simple arrest can have devastating consequences for your life and your career.

At Hardesty, Tyde, Green & Ashton, P. A., we fight tirelessly to defend the rights of servicemembers up against criminal charges, investigations, and disciplinary actions. Our criminal defense team is made up of former members of the armed forces with decades of trial practice under their belts.

Attorney W. Marc Hardesty, one of the firm’s partners, is a retired Lieutenant Colonel in the  United States Army . A veteran of the Persian Gulf War and a former Judge Advocates General (JAG) officer, he has served on numerous legal committees that handle military matters. He also spent more than a decade as a prosecutor and served as the lead felony attorney for Nassau County.

Partner Frank A. Ashton is a retired U.S. Naval Commander who spent years on active duty. He served as the homicide prosecutor and felony division chief for the Fourth Judicial Circuit.

As veterans and former prosecutors, we know how much hard work, dedication, and sacrifice it takes to serve. When your career, your future, and your family’s future are on the line, you need experienced legal counsel ready to fight for you.

Our lawyers have spent decades defending our clients in the civilian criminal justice system. We are former prosecutors who understand how these cases work and what it takes to win.

How We Can Help

Military legal proceedings are very different from cases in the civilian criminal justice system. It is incredibly important to work with attorneys who understand both worlds.

Our lawyers handle a full range of military criminal cases. We have helped service members defend themselves against all types of charges and actions, including:

No matter what legal situation you face, our experienced military lawyers can help. We are fully committed to helping all branches of military members and their families.

You Fight for Our Country, We Help Fight for Your Future

A criminal conviction in the military can mean severe penalties, both in the civilian and the military sectors. If convicted, you could face fines, prison time, and military penalties that include demotion and a dishonorable discharge.

Your entire future is on the line. Call us today to talk about your case and to learn how we can help.