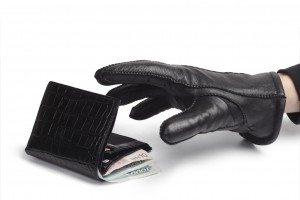 Theft crimes have various degrees and punishments. Theft charges will vary depending on the value of the stolen property as well as the offender’s criminal background and history. Under Florida state law, a theft crime involves an individual attempting to take property from another individual or organization for his or her own personal use or gain.

What is Considered a Theft Crime?

Some common theft crimes and likely punishments include the following:

Auto Theft: Illegally taking or jacking an individual’s motor vehicle without his or her knowledge.

Burglary: The illegal breaking and entering into a building or home or trespassing onto a property with the intention of committing a felony.

Petit Theft: Stealing property valued less than $300 for personal gain. Offenders who commit petit theft are typically charged with a first-degree misdemeanor. Additionally, depending on the number of prior convictions, offenders can also serve prison time for up to one year.

Grand Theft: Grand theft offenders can be charged with either a second or third-degree felony. Third-degree felonies often involve stealing a piece of property valued at more than $300, a motor vehicle, or a firearm.

Second-degree grand theft typically involves a stolen piece of property worth at least $20,000 but under $100,000.

Shoplift: Illegally taking an item or any type of displayed item from a retail store without purchasing it.

Simple Robbery: This is a “simple” form, which only involves taking personal property from another individual or organization by force.

Any offender that commits a robbery that involves violence, firearms, threats, or fear or intent to cause harm is often charged with armed robbery or aggravated robbery.

What Are the Penalties for Theft Crimes?

As mentioned above briefly, theft crime penalties can vary depending on the nature of the crime, the value of the property, and criminal background. If there are other theft convictions on one’s criminal record, then penalties are likely to be harsh.

Additionally, punishments can range from various levels of restitution, prison sentences, and even probation. Theft crimes or convictions on a record can mean intense and life-changing consequences, such as financial eligibilities and even employment opportunities.

Arrested or Charged for Theft?

Theft charges are very serious. If you have been charged with theft or have prior theft convictions, don’t give up just yet. Regardless of the type of theft you are charged with, you need a Jacksonville theft crime defense attorney. An arrest charge is permanent – and can follow you and impact your life. Don’t let this happen to you.

We take the time to meet with all our clients to discuss their cases—absolutely free. We will then discuss your legal options as well as likely outcomes. Don’t risk your freedom or your future. Contact a criminal lawyer in Jacksonville today.